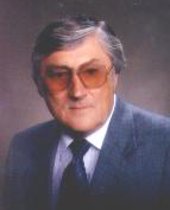 Specializing in land sales throughout the State of Wisconsin. My goal is to bring you up-to-date information to each transaction by knowing the following:

All this knowledge comes from over 61,000 acres of land sold! Visit my user friendly website at www.wisconsinvacantland.com I'll bring over 40 years of sales experience to every transaction!

These 72 acres can be used for camping, building, fantastic deer and duck hunting! The Kickapoo River bordering the East, South and Western sides totaling approximately 6...

Building, Hunting, Recreational & Subdivided. This wooded 38 acre parcel is set up to be kept as one parcel as is. Divided into 5 beautiful wooded build-able sites. An al...

These 62 acres can be used for camping, building and great deer hunting with adjacent agriculture land! It includes a private pond, the famous Kickapoo River bordering th...

Gated beautiful 80 wooded acres of hardwoods and some softwoods. A great mix for that all-around sportsman. Great hunting, plus great building sites. Many private roads f...

Secluded 80 acres of great hunting, mature timber and low taxes. A great secluded get away for that hide-away camper or cabin!

IDX information is provided exclusively for consumers’ personal, non-commercial use and may not be used for any purpose other than to identify prospective properties consumers may be interested in purchasing. Data is deemed reliable but is not guaranteed accurate by the MLS. Copyright © 2003 – 2021 Central Wisconsin Multiple Listing Service, Inc. All rights reserved.

Gerald is by far the best real estate agent I have ever worked with. When it comes to selling hard to sell real estate, he is a miracle worker. He recently sold the house of my father after my father passed away and the house was in horrible condition. I honestly thought it may take up to a year or more to sell the house because it was in such bad shape, but Gerald sold it in under 3 months and got a good price for it. I cannot begin to thank Gerald enough for the miracle he performed in selling my father's house. If you want to work with the best of the best in real estate agents, work with Gerald. You will not find anyone better.

I have to say Gerald can sell anything. When my mother died her house was in disrepair. He took on this challenge full force. A few months into it the water main broke and the house flooded. The house was a few hours away so I did not check on it often. The water at its highest point was about 8 inches. The whole bottom floor!! He didn't bale ( no pun intended) on me. The insurance said the house was a total loss. He sold it,!! We had 3 offers at the same time! He knows his stuff. He understands the market. He probably spent more money on gas driving to my mother's house than he made on the sale. He was always in contact letting me know what was going on. He was always kind, personable and down to earth. I would recommend him to anyone in central and northern Wisconsin. A million thanks and many blessings to him.